At last, “The Simpsons and Their Mathematical Secrets” is out in paperback. Just £6.29 from Amazon, just £6.59 from indy online bookstore Hive (free delivery to your local bookstore) and just £4.63 on kindle.

Last month the Al Jean (exec producer of THE SIMPSONS) and David X. Cohen (exec producer of FUTURAMA) came to London for a special event at the Science Museum to discuss mathematics. Below are some pictures from their visit to the museum. There is also a blog about the event, including some great video clips from our discussion. 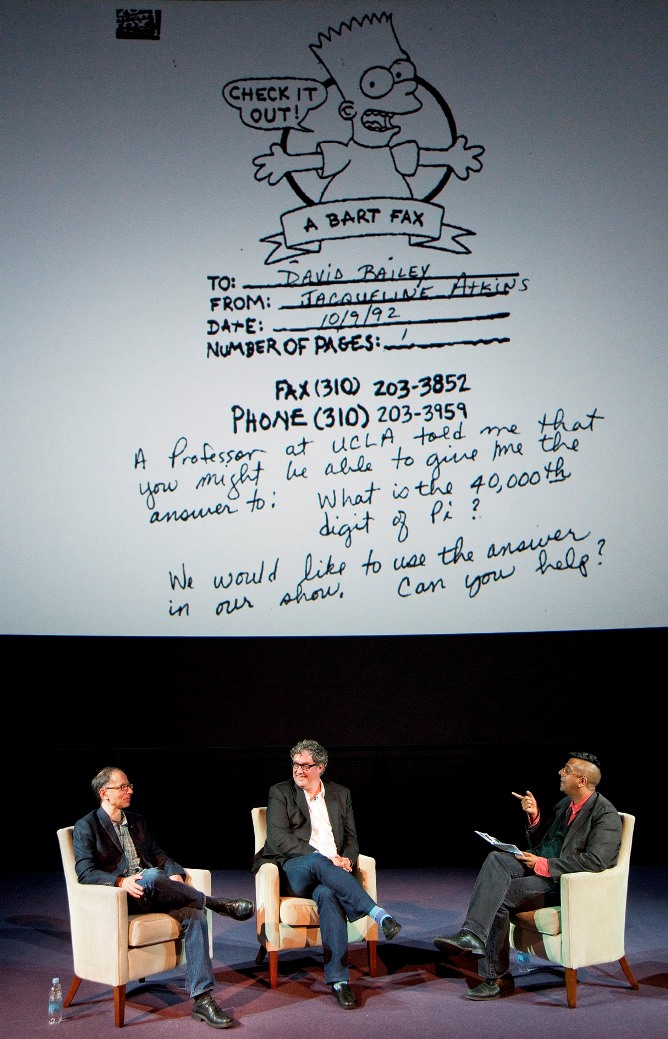 Me, Al Jean and David X. Cohen talk about the fax that they sent to David Bailey at NASA when they wanted Apu to cite the 40,000th decimal place of pi. 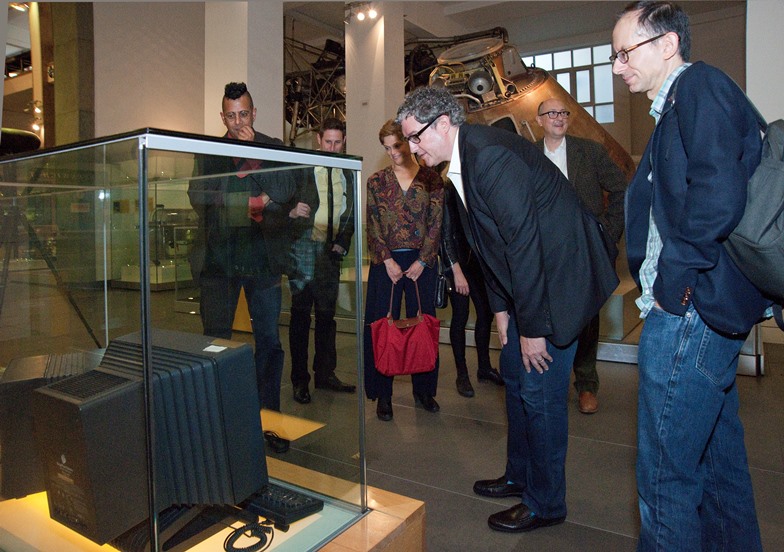 A gang of us staring at the Next Cube computer, which Tim Berners-Lee used to write his proposal for the World Wide Web. He submitted his proposal on 12 March 1989. 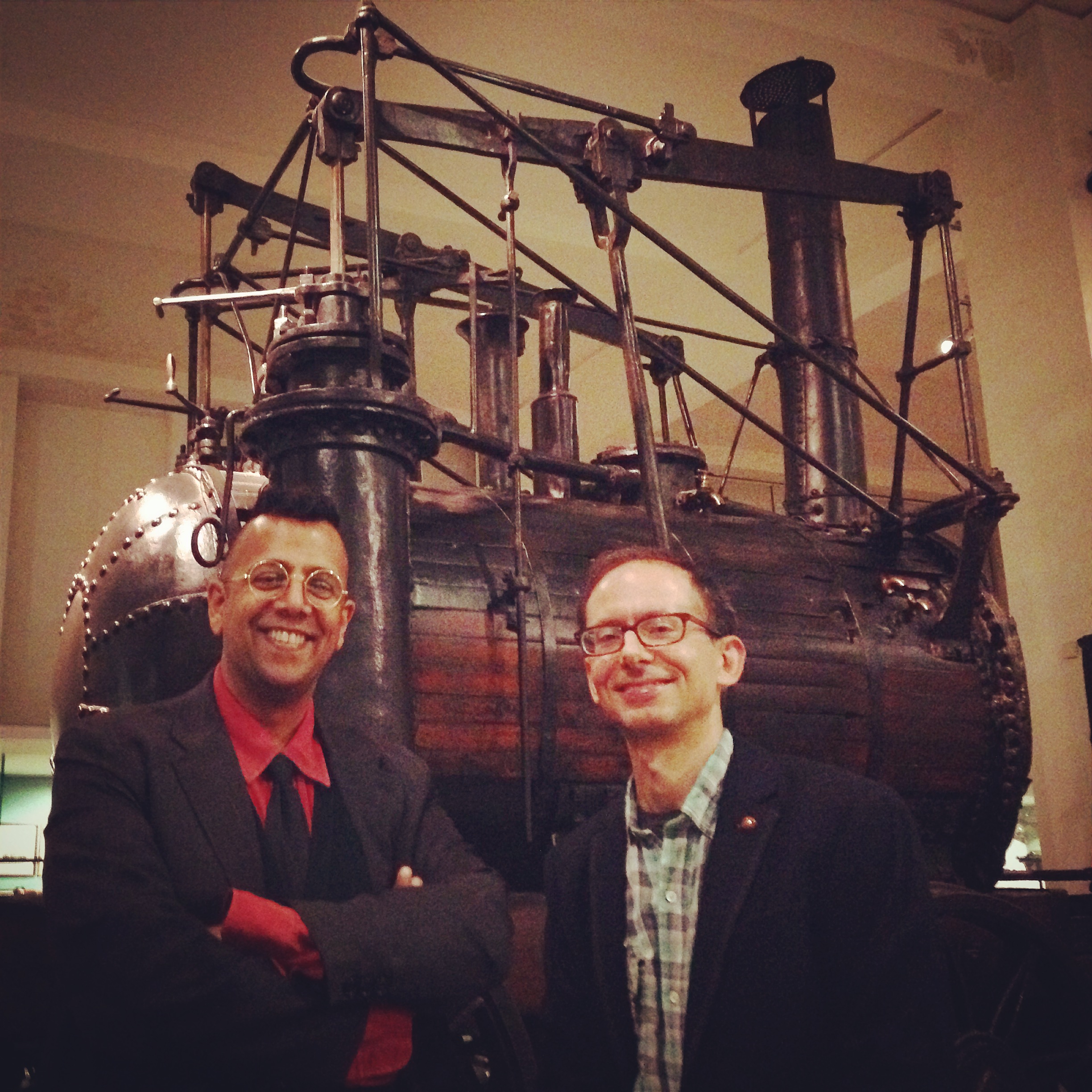 Me and David X. Cohen in front of the 200-year-old Puffing Billy. 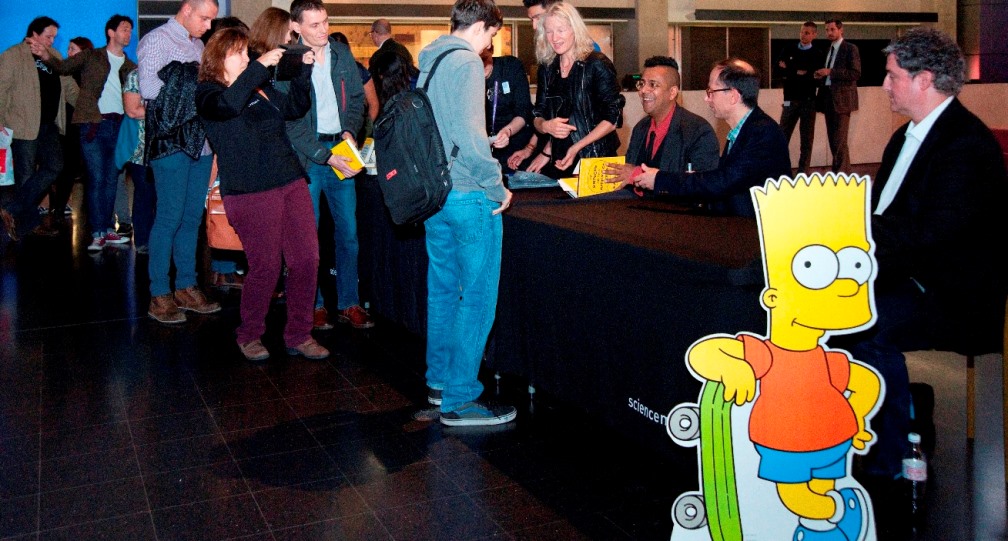 Great to meet so many Simpsons, Futurama and mathematics fans at the Science Museum.