At the start of the year, me, Mrs Singh and Hari Singh visited the Chattri, “a memorial built to honour the Indian dead of the First World War. It stands on the Downs near Patcham at the place where Hindu and Sikh soldiers who died in Brighton war hospitals during 1914-1915 were cremated. It was unveiled by the Prince of Wales on 21st February 1921.”

Mrs Singh’s (AKA Anita Anand) book SOPHIA is about Princess Sophia Duleep Singh, who served as a nurse at one of the hospitals in Brighton, where Indian soldiers returning from the Western Front were being treated – Hindus and Sikhs who died in Brighton were cremated at the Chattri, about 5 miles north of Brighton.

There is an annual memorial service, but visitors can access the Chattri any time – it is less than a thirty minute walk across the South Downs. There is a “how to get there” page on the Chattri website, but it is not particularly clear so below is a map that shows the route across a couple of fields. From the starting point (the lower red circle), just head NNW across an open field. Once you reach the gate/style, you should soon be able to see the Chattri in the distance.

N.B. Via twitter, @jonathanhearsey pointed out: “Just keep away from the cows… they are truly vicious blighters. Pumped up on steroids, I reckon. Worse if you have a dog.” 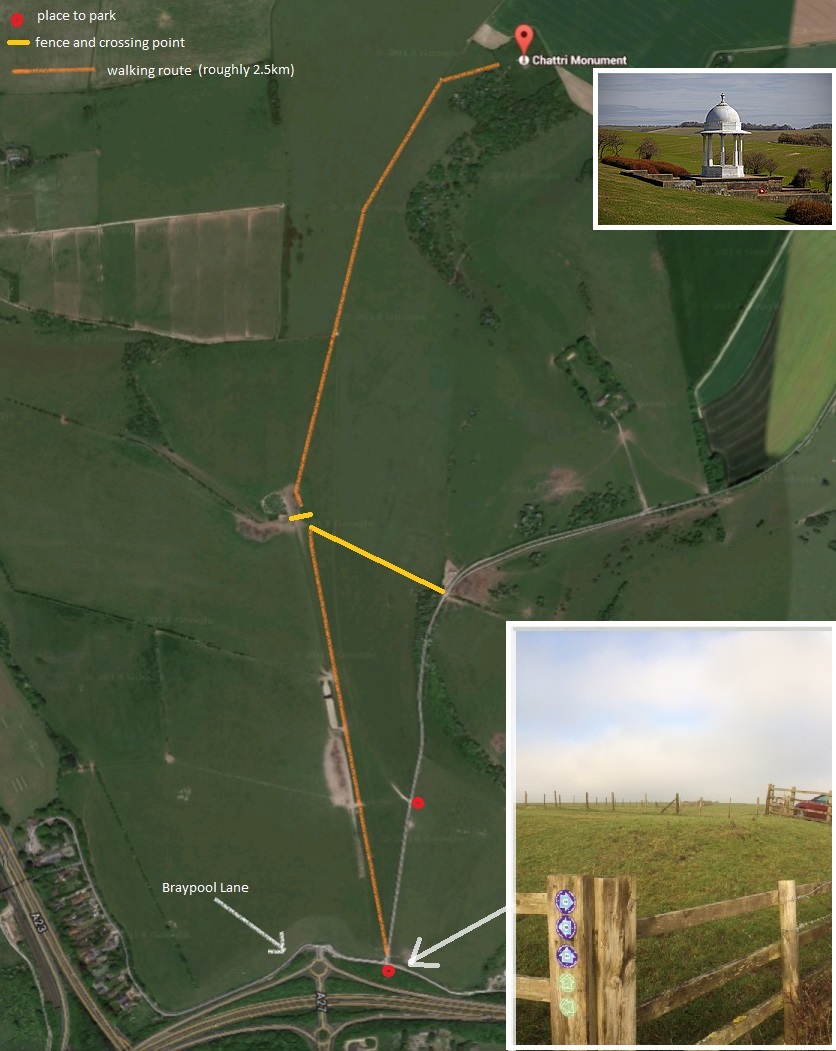 Image of Chattri from http://flickrhivemind.net/Tags/beacon,ditchlingbeacon/Interesting