My latest book ‘The Simpsons and Their Mathematical Secrets’ explains that two episodes of ‘The Simpsons’ contain references to Fermat’s Last Theorem. In fact, the episodes contain so-called near misses, which are sets of numbers that almost fit Fermat’s notorious equation, but not quite.

The book also discusses ‘Futurama’, and explains how 1,729 appears in several episodes, because the mathematician Ramanujan commented that it is the smallest natural number that is the sum of two cubes in two different ways.

I am grateful to Mike Hirschhorn, a mathematician at the University of New South Wales, who pointed out that Ramanujan identified a way to generate an infinite number of near misses of the form:

Kate added: “I’d love to win this, I sent my last copy of Fermat’s Last Theorem to a boy to impress him. It totally worked.”

Thanks to everyone who entered the previous David X Cohen puzzle competition – there was such a great response that here is another one.

Once again, this cryptarithmetic puzzle substitutes each letter for a number in order to make the multiplication below valid. This puzzle is based on the name of the great David X. Cohen (a writer on The Simpsons and co-creator of Futurama), such that his middle initial represents a multiplication sign. The nine different letters in DAVID COHEN represent nine of the digits 0 to 9 (which means it is trickier than the previous puzzle, as it was restricted to the digits 1 to 9).

Congratulations to Steve Everson, who won a copy of “The Simpsons and Their Mathematical Secrets” by correctly deciphering:

He summarised his method as: “Started from the lowest digit (there is only one assignment for D and N that works) and worked my way up.”

Alternatively, I know that some people used a brute force computer search approach. Moreover, some guessed that the solution might be a pair of primes, which made searching much easier.

This cryptarithmetic puzzle substitutes each letter for a number in order to make the multiplication below valid. This puzzle is based on the name of the great David X. Cohen (a writer on The Simpsons and co-creator of Futurama), such that his middle initial represents a multiplication sign. The nine different letters in DAVID COHEN represent the digits 1 to 9.

If you are new to cryptarithmetic puzzles, then here is a primer.

Ptolemy’s theory of epicycles (orbits within orbits within orbits…) was used to explain the strange motion of the planets, which sometimes flipped back on their own paths, instead of following simple patterns. At the same time, crucially, his theory allowed the Earth to remain the centre of the universe.

The problem is that Ptolemy’s theory can be used to justify any set of orbits, because the epicycles can be adjusted to describe any path. Indeed, a sufficiently complex and honed set of epicycles can even describe a planetary path that draws an outline of Homer Simpson.

More about epicycles here and in loads of other places.

David X. Cohen pictured in the Dwight Morrow High School yearbook of 1984. The running joke
was that everyone on the Math Team was co-captain, so that they all could put it on their college applications. 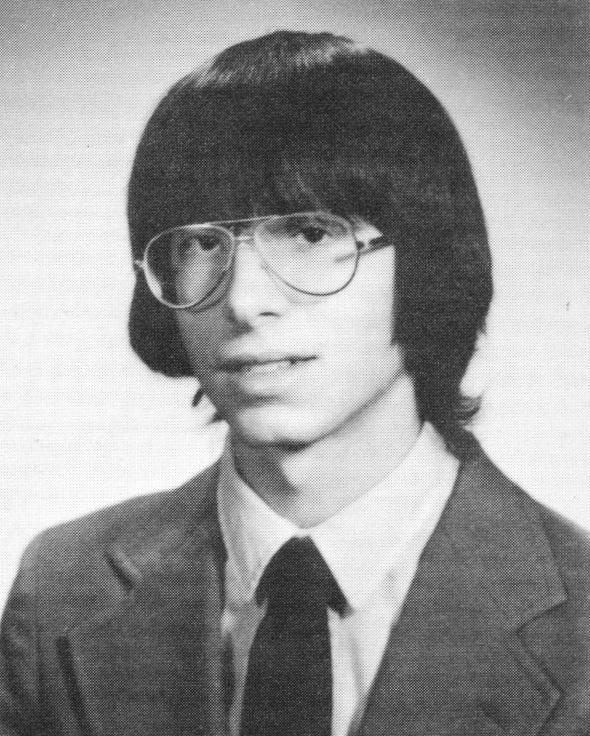 A photograph of the mathematics team from the 1977 Harrison High School yearbook. The caption identifies Al Jean as the third student in the back row and notes that he won gold and third place in the Michigan state competition. Jean’s most influential teacher was the late Professor Arnold Ross, who ran the University of Chicago Summer program. 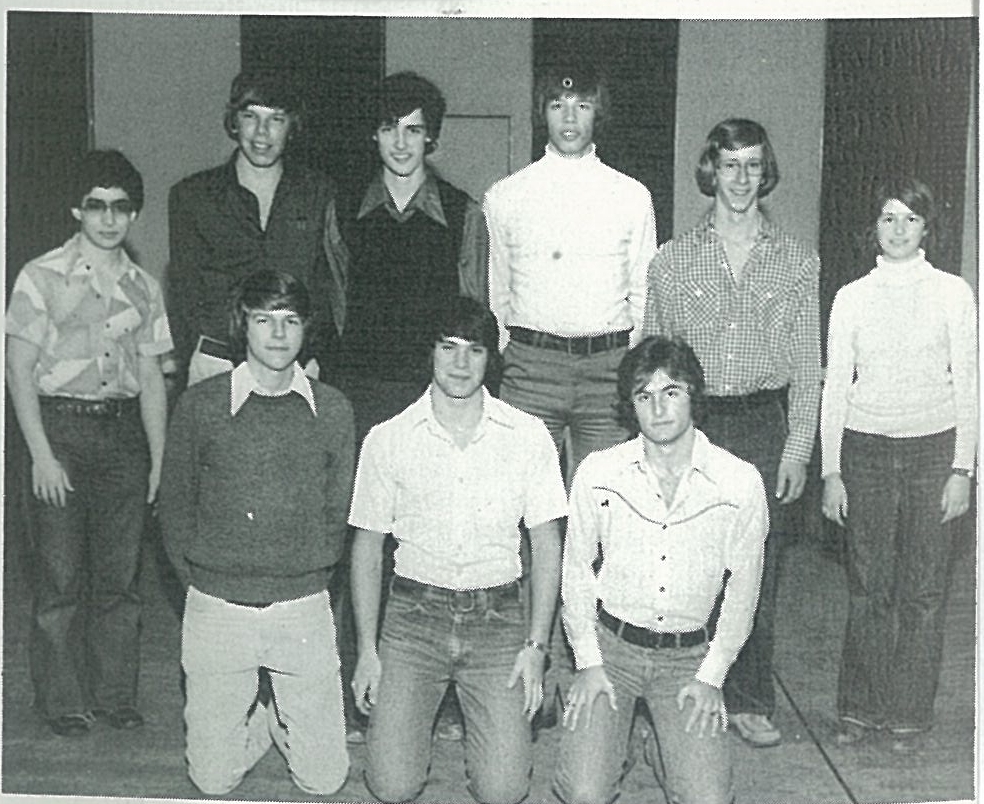 Mike Reiss (second in the back row) on the 1975 Bristol Eastern High School
Mathematics Team. As well as Mr. Kozikowski, who coached the team and
appears in the photograph, Reiss had many other mathematical mentors.
For example, Reiss’s geometry teacher was Mr. Bergstromm. In an episode
titled “Lisa’s Substitute” (1991), Reiss showed his gratitude by naming Lisa’s
inspirational substitute teacher Mr. Bergstromm. 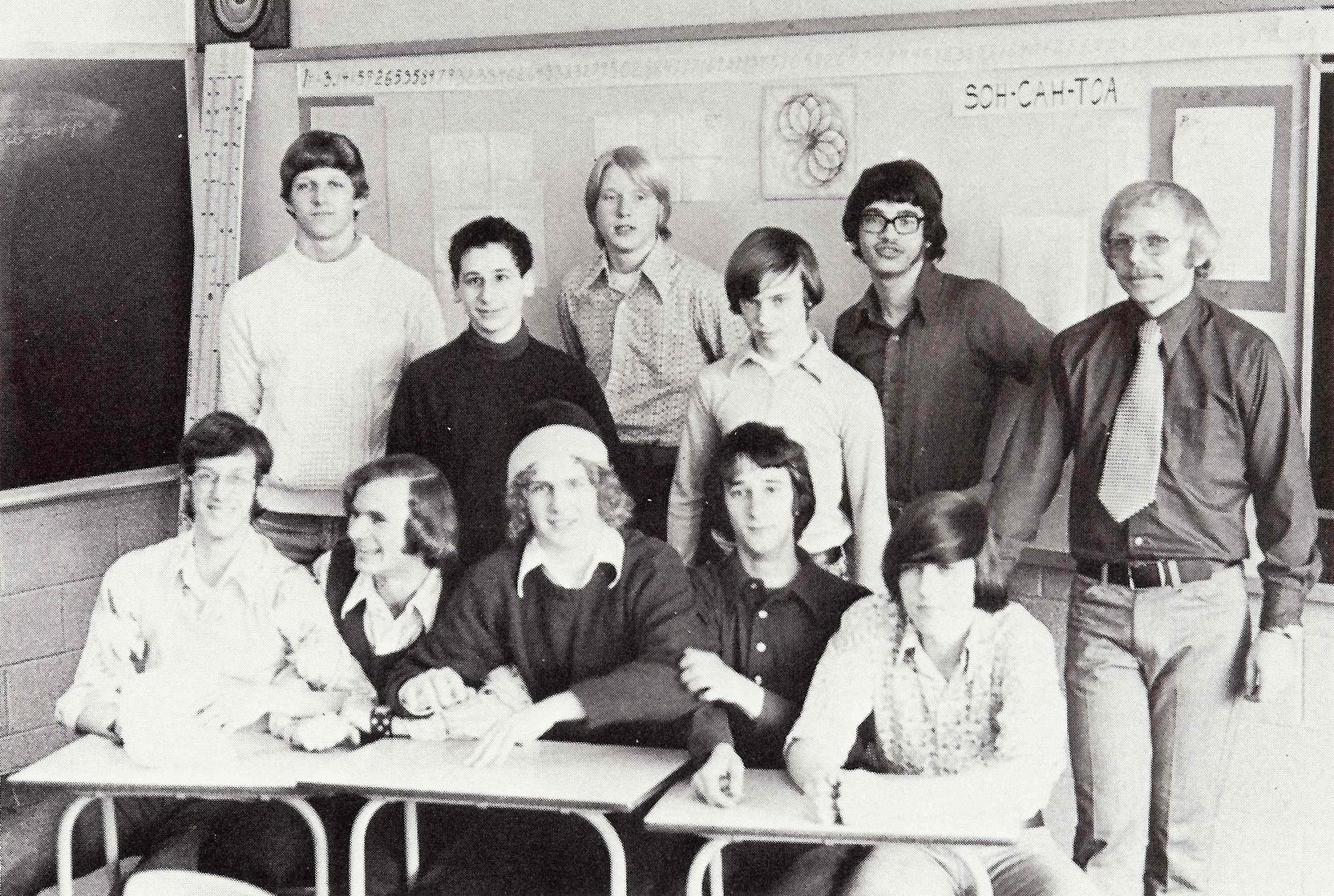