Euler’s Identity appeared in the episodes “MoneyBART” and “Treehouse of Horror VI”, and I included both of them in my book. However, here is one more example of Euler’s Identity in The Simpsons, this time from the episode “Pranks and Greens” (2009).

When Bart learns about the ultimate school prankster, Millhouse imagines the ultimate prankster’s best buddy, who wears the equation on his T-shirt. 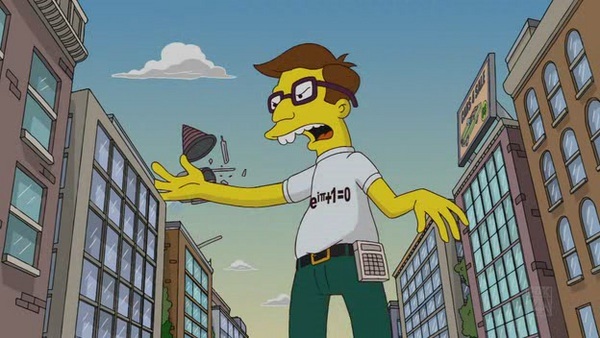