I explained the mathematics in SIMPSORAMA in my previous blog, but I forgot to mention the alienese message, which uses the same code that regularly appeared in “Futurama”. The image below is not very clear, but the message appears on the yellow billboard above Jimbo Jones’s hat. You can just about decipher it using the key provided at the Infosphere – it reads: 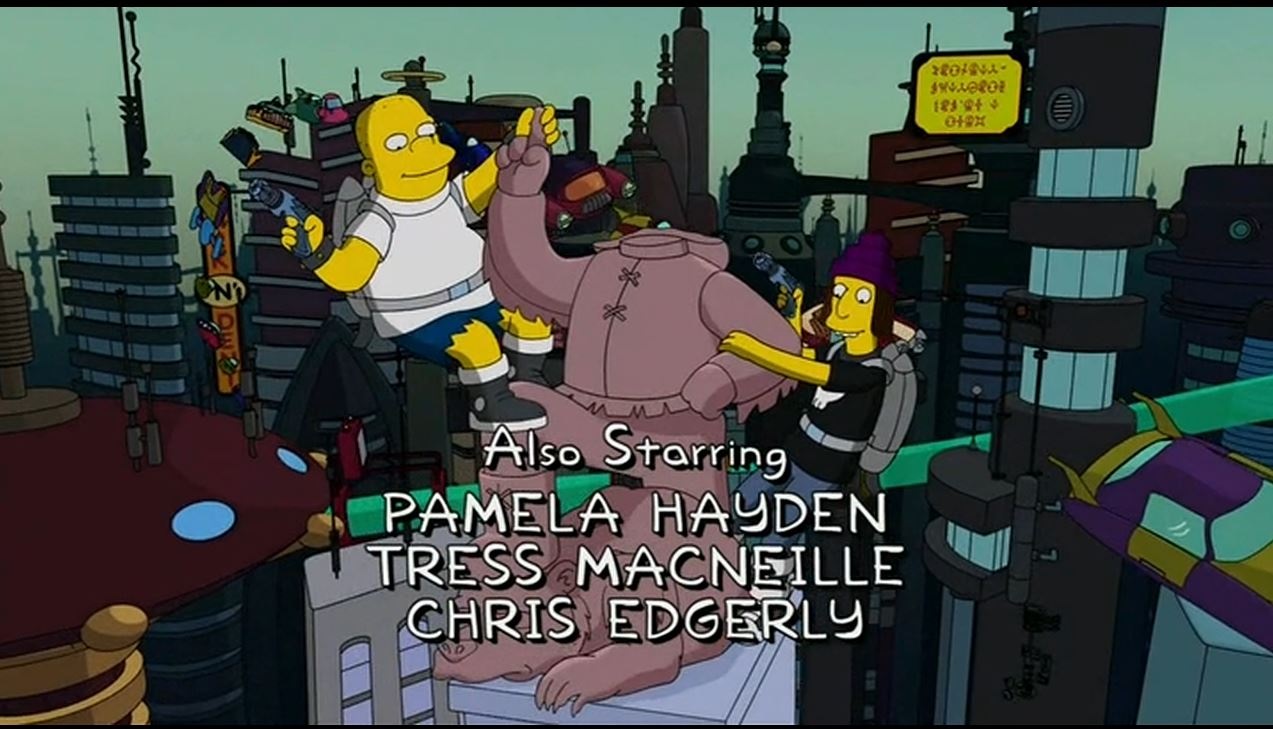